Welcome to the Spot the Alien Campaign

Graph of Toxic and Non-toxic Species 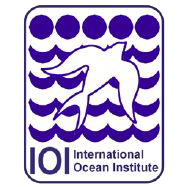 Do you want to receive a campaign poster ?